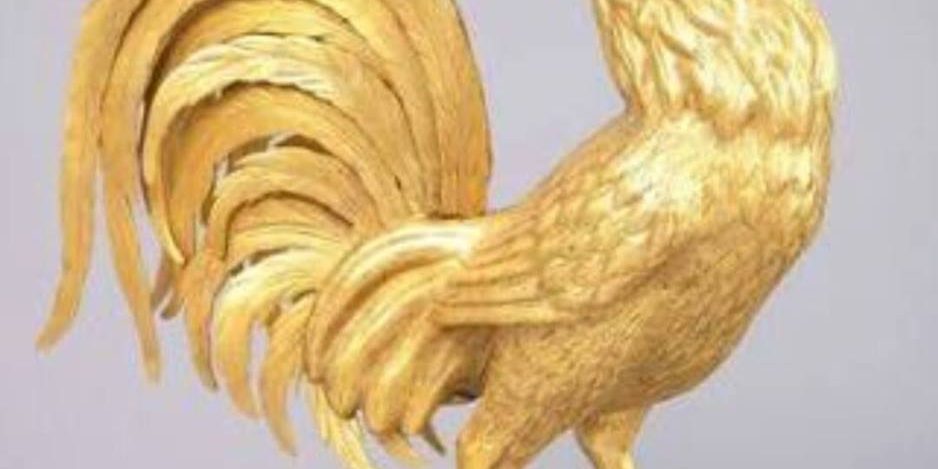 Man luck is the luck outlook for every animal sign in the year of the Yin Fire Rooster 2017. There are twelve animal signs or Chinese zodiac signs in Chinese Astrology. Each of us was born with an animal sign.
Before going into the predictions, a very important Chinese Astrology concept needs to remember first.

A FULL Chinese Astrology reading examines NOT only the year of birth but also the birth month, the birth day and the birth hour together. By incorporating with the Luck and yearly pillars, A Chinese Astrologer can see a picture of your destiny from those data.

By using the animal signs or Chinese zodiac signs, it is difficult to completely and fully predict just on how each year will affect each individual at a very details level. It is because such animal sign astrology is only examined 12.5% (1/8) and in some cases 25% (1/4) of the four pillars’ natal chart.
For more reliable assessment in all aspects of your life in year of the Yin Fire Rooster 2017, it is recommended that you have your Bazi chart read by a reputable Chinese Astrologer.

They are the Rooster, Rabbit, Horse and Rat.

The Heavenly Stem of 2017 is Yin Fire (Ding 丁).
The Earthly Branch underneath is Yin Metal You (酉Rooster).

For female Rabbit, Rooster, Horse and Rat (age 18 – 45) if giving birth in 2017 will reduce a lot of bad energy and troublesome.

Donation of blood or having a blood test done in March and September will help reduce bad energy too.

Be nice to your parents, father-in-law and mother-in-law or other elderly, even telephone them more often will bring you better luck in the year of Yin Fire Rooster.

The following is a guide for each animal sign and their luck in the year of the Yin Fire Rooster. It is a guide only. For more accurate reading, please seek professional Chinese Astrology consultant for consultation.

So what is the animal sign luck 2017 for you in year of the Yin Fire Rooster hold?

In 2017, the Yin Fire Rooster year, you will have a very busy schedule, big pressure from every direction, especially from your boss. They have high expectations from you.
If you are born in 1981 or 1993, you will be busy and running around like a headless chook.
1993 born rooster, beware of relationship issue, love cheaters and money related love agony.
Avoid eating chilli hot and fried food. Avoid erotic bars, night clubs….
Handle sharp object with care, particularly if you are working with sharp tools all the time.
There is an opportunity to learn something new or further study for your work. Go to book shops or libraries more often.
Be more focus on your job.

The animal sign Rabbit clashes with the year of Yin Fire Rooster.
Clash means confrontation with others. So beware of lawsuit and relationship clash issue.
Control yourself and be calm as your work or study will bring you some distress.

There will be big changes for the Rabbit, like career change, job change, position shuffle, school change, moving house or extensive traveling. 1963 born Rabbit has the hardest clash.
“Da Ho” in English means “Big spending”. It is located in the Rabbit’s palace this year, so Rabbit uses your money wisely and carefully.
It is wise to buy something which can become more valuable in the future. Avoid high risk investments and gambling. Don’t lend your hard earn money to your friends.

For Rabbit born in 1999, be very carefully when driving after obtain your driving license. As the Rabbit it clashes with the year of the Rooster. Rabbit (Wood) and Rooster (Metal) clashes easily causes traffic accidents especially for people who have dark and broken left eye-brow. It looks like this one.

Rabbit lives in an East sector entrance house will be affected more. Use cure suggest in the Earth Luck article.

Make sure you have plenty of rest and do more meditations.

Reduce alcohol consumption in the year of Yin Fire Rooster.

Beware of lawsuit or argument with your business partners.
For working Rat, if you have a female supervisor or boss, your work will be appreciated and you will be easily getting a promotion.
1996 born Rat, they have a power nobleman to help and support making their life even smoother.
Keep yourself clam as you will be very moody this year. Do not speeding, drink driving as the Rat has penalty star with the authority.
Female Rat born in 1984, 1996 can get pregnant easily. 1972 born Rat also have a chance of giving birth.

Health issue: excretion system of your body, including, kidneys, urethra, prostate gland for male, bladders etc.
Wealth: Good, However, there may be some unexpected spending by blackmail or extortion.

There are three lucky stars for the Ox’s in the year of Yin Fire Rooster 2017.
These three lucky stars are the three power noblemen to the ox. They will help the Ox to smooth their life and make sure things are good for the ox.
Ox and Rooster combines. This means there will be new joint venture or cooperation with new partners. As a result, it brings benefit to the Ox.
There are also a couple of bad stars relates to law and order. Another bad star is called “Yellow Flag”. it shows an elderly may have health issue at home.

Health: digestive system, respiratory system.
Wealth: Excellent and even better if you are in finance, real estate or creativity career.

The bad gossips and troubles (including health issues) are fading away slowly and will be completely gone by your birth month in 2017.
There is still some minor spending to come for the Tiger.
The Tiger has two lucky stars. One means a nobleman will come to help smooth all your troublesome. And the other star means the Ox will gain more power or a promotion.
2017 the year of the Yin Fire Rooster is the Nobleman year for the Tiger who born in 1986. Tiger born in 1986 will have great help from friends or someone who is powerful.

Dragon has better wealth in 2017. The Dragons’ luck is very similar to the Ox and Snake.
The Dragon will be having new joint venture or cooperation with new partners. As a result, it brings better wealth to the Dragon.

Look after your health and it will be improved.

In 2017, year of the Yin Fire Rooster, there is a star called: “暴敗” in the Dragon’s palace. The meaning is instant defeat or instant lose. This means something at its peak and then suddenly you have no more control of it.
Dragons are doing well in 2016, and 2017. However, in 2018 the year of Yang Earth Dog, it will be a challenging year. So, make sure budgeting your expense and save up for 2018.

It is same as the Ox. The Snake and Rooster combines. This means there will be new joint venture or cooperation with new partners for the Snake. It is good for the Snake.
However, the Snake needs to work hard as there is no good star. There is only one average star so called “Heaven Kitchen”, means the snake has a lot of banquets or parties to attend. It also means food and cooking.
On the other hand, there are few bad stars called “White Tiger” (白虎), Broken, (破碎) and finger pointing (指背) locates in Dragon’s palace this year.
White Tiger is not a good star; it may bring gossip or a minor medical operation or caesarean section for female snake if giving birth in the year of Rooster.
Finger pointing (指背), means no matter how well and how much effect you put in, there is someone pointing finger to you back. (Back stabbing you)
The bad star called “broken” It means there may be one in the family sick or may pass away. Or something may break your heart.

Wealth: Average, save up for the unexpected trip.
Health: Eyes, blood, heart and respiratory system.

Major health issues, love agony and relationship problems will slowly stabilize from now to your birthday.
The Rooster is the romance star to the Monkey. And is the nobleman star to the 1956 born monkey. The Monkey overall in the year of Yin Fire Rooster has a good chance of meeting more people.
There three stars in the monkey’s palace.
Two stars telling that the monkey may have some health issue, Liver and lung.
So reduce or quit smoking. Consume less alcohol.
The other star indicates that the monkey may need to move to a new office or work in a new environment.
In the new environment, beware of con man or cheater in both money and love.

The Dog has a very bright star shines on them. This star is called the sun. It is a very powerful male nobleman. It supports the Dog in every direction, particular the dog born in the year of 1946 and 2006.
For younger Dogs, say born in 1982 and 1994, they will have a good boss and better if the boss is male.
For Dogs born in 1970, they may start their own business in the year of the Yin Fire Rooster.
However, there are two small bad stars called “Six Harm” (六害) and “Dark Qi” (晦氣) it brings gossip because of you success. It makes you a bit unsettle.

Health: excretion system, such as kidneys, urethra, prostate gland for male, bladders etc.
Wealth: Good, Better if you in the transportation or logistic business.