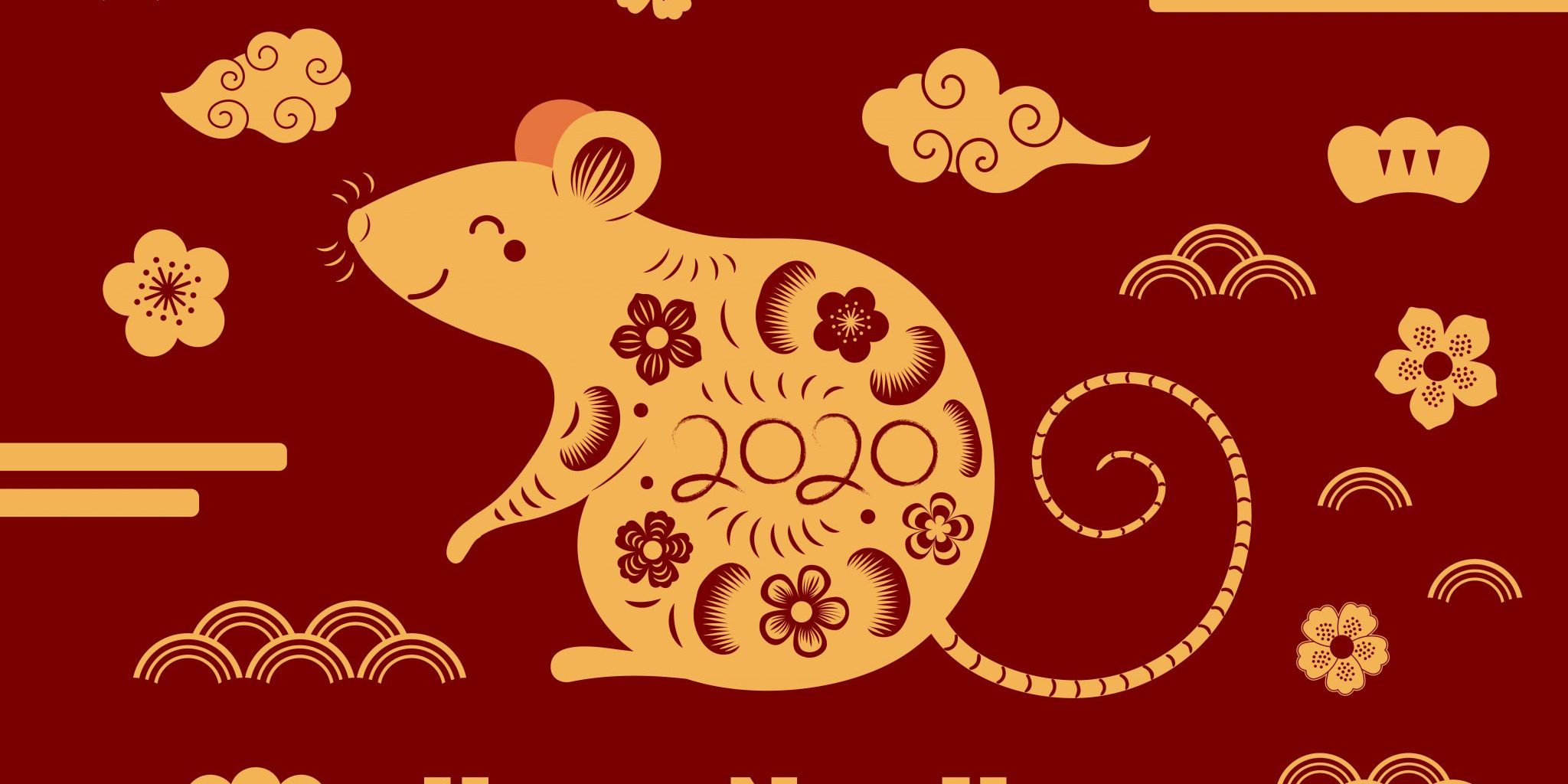 There are twelve animal signs or 12 Chinese zodiac signs in Chinese Astrology. Every one of us was born with an animal sign.

The animal sign is in 12 years cycle. Each animal comes in every 12 years.

A person is born after the 4th February 2020, his/her animal sign then becomes Yang Metal Rat.

A FULL Chinese Astrology reading examines NOT only the year of birth (the Animal Sign) but also the birth month, the birth day and the birth hour together. By incorporating with the Luck and yearly pillars, A Chinese Astrologer can see a picture of your destiny from your birth data.

By just using the animal signs or Chinese zodiac signs, it is difficult to completely and fully predict just on how each year will affect each individual at a very details level. It is because such animal sign astrology predictions is only examined 25% and in some cases 37.5% of the four pillars’ natal chart.

For more reliable assessment in all aspects of your life in year of the Yang Metal Rat, I recommend that you have your Bazi chart read by a reputable and experienced Chinese Astrologer.

Based on the Heavenly Stem (HS) and Earthly Branch (EB) of 2020, in the year of the Yang Metal Rat, the animal signs most affected by the Yang Metal Rat are the Horse, the Rat itself, the Rabbit and the Rooster.

The Earthly Branch underneath is Yang water Zi (子). Animal sign is Rat with no hidden element. So the water element Zi or rat is very strong and pure.

The Horse, the Rat, the Rabbit and the Rooster,

In the year of the Yang Metal Rat, there are more metal and water elements adding to their animal signs. As a result, it may bring 2 major things to affect those animals. These four signs need to look after the following areas:

The Tai Sui suppresses these Animal signs in 2020

For female, the Horse, the Rat, the Rabbit and the Rooster animal signs, age between 18 to 45, if giving birth in 2020  will reduce a lot of bad energy and troublesome in the year of Yang Metal Rat.

For all the animal signs:

Be more active and think positively. Go out and see more people and make more friends. Be more generous to others.

Donation of blood or having a blood test done in June and December will help to reduce bad energy too.

Be nice to your parents, the in-laws or elderly, even telephone them more often will bring you better luck all year round.

So what is the year of the Yang Metal Rat 2020 hold for you?

It is a busy and pressure year.

Bad gossip will be around the whole year particularly in July and December 2020.

Be a bit more flexible.

For 1984 born Rat, your boss will watch your work performance very closely.  If you are in the legal, finance or jewellery industry, this is a good training for you in 2020.

For 1972 born Rat, the boss will look after them well but with more work load,

For Rats who are still single, this year they have many opportunities to meet their special one.

Avoid going to night clubs and drink too much.

Wealth: Good for the 1996 born Rat. Others Rats are stable.

The animal sign Horses will clashes with the year of the Yang Metal Rat.

So beware of lawsuit but it is good if you are a lawyer.

Beware of relationship clash too because of a love affair.

Control yourself and be calm as your work or study will bring you distress.

Be more flexible and do not argue and confront with others.

1954 and 1966 born Horses has the hardest clash. In health, look after your heart, eyes, small intestine and blood pressure. Be clam and don’t get angry easily.

Use your money or budget wisely and carefully. As there is a star named “Da Ho” or “Big spending” for the horses in the year of the of the Rat.

It is wise to buy something which can become more valuable in 2-3 years’ time.

Avoid high risk investments. It is no different to gambling.

Don’t lend your hard earn money to others. It takes very long time (years) to return back.

Good to spend for renovation or new home or office, particular you are horses born in 1978.

For Horses born in 2002, be very carefully when driving after obtained your driving license. As the Horse, it clashes with the year of the Rat.

An astrological clash easily causes traffic accidents, speeding, especially for horses who have dark and broken left eye-brow. It looks like this one.

It is also a travelling year for the Horses. And it is advice that to avoid going to the very northern direction.

The north direction is home to the Rat (The Grand Duke) which will increase the level of the clash for the Horses.

Make sure you have plenty of rest and do more exercises and meditations.

Blood test in mid-June and visit your dentist in mid-December 2020.

Rabbit need to be more caring and polite in 2020.

The relationship of the Rabbit to the Rat is called half penalty (rude or impolite penalty). If you were born in the Rabbit month, (5th March to 4th Appril) or Rat month (7th Dec to 6th Jan), it is double penalty.

The Rabbits will be easily punished by their superiors or by the Law due to their rudeness or impoliteness. Be very careful on your action and what to say in public especially in March, September and December.

Beware of smear or slander and implicated by others due to rudeness or impoliteness.

Luckily, there is a good Star, called “太陰Tai Yin” or “The Moon”, it means you get a lot of help from your female boss or a female person can help you.

It is good to be more caring and polite to avoid penalty.

The relationship of the Rooster to the Rat is also called half penalty. More penalties, if you were born in the Rat month between 7th December to 6th January or Rooster month between 7th September to 8th October.

The penalty is very similar to the animal sign Rabbit, so:

The Rooster will be easily punished by their superiors or by the Law. Be very careful on what to say in public especially in these two months September and December.

Easily break the rules, like traffic rules (speeding) and get penalty and fine.

There is a star named 福德 “Fu De”, (Good Fortune) can help reduce some troublesome.

Rooster and Rat penalty is also related to sex and love affair.  To reduce this, rooster can organise a short trip with their partners.

1993 born rooster will receive some special treatment from the superior.

The Ox and the Rat are friends. The Yearly King (Tai Sui) is going to look after the Ox. The Tai Sui in real life is your boss.

1973 born Ox’s power will be enhancing by the Tai Sui. This means your boss you give you authority to start new projects.

There is also a lucky star 太陽 “Tai Yang” (The Sun) for the Ox. The Sun is a male superior. The boss looks after you. The Oxen are shining in the year of the Rat. However, beware of creating too much jealousy.

Very good wealth year if you work in the logistics, training, design or education sector.

The worries and agonies from last year slowly disappear. Stable work starts from the second half of the year.

Smear or slander and implicated by others should subside soon,

The Tiger will gain some fame this year.

A travelling horse (驛馬) is for the Tiger this year.  Tiger has more chances to travel personally or for work.

For 1986 born tiger, if there is an opportunity for you to become self-employ, take it up. Otherwise, there will be a promotion or work change.

For the self-employ Tiger, second half of the year will be even better, smoother and better income.

1962 born Tiger, the Tai Sui will show you some direction,

A sudden business trip or personal travels in April or August,

Wealth: Good if you are self-employ. Particularly benefits the 1986, 1974 Tigers

The Dragon and the Rat has a combination relationship in 2020 year of the rat.

There are good opportunities to start a new business in partnership for the 1976 born dragon,

It also benefits to the dragon work in sales area. They meet a lot of new clients and sales target.

April, August 2020 are good months for all the Dragons.

Wealth: Excellent. It is exceptionally good for 1976 born Dragon.

The bad gossips, clashes and troubles at work (including health issues) are fading away slowly and will be completely gone from your birth month in 2020.

If you have already spent big amount of money in the year of Pig, there is still some minor spending to come. Otherwise, be prepared to spending big in May or November 2020.

For Snakes work in the legal, finance, accounting, insurance and health care sector, they will have better opportunity to make more money.  It is because they have a new position.

1965 born snake has a very good rat year ahead.

1989 born snake has an opportunity to further study.

Wealth: Good. Better if work in the legal, finance or health care.

The Goat is the nobleman to the Tai Sui in the year of the Rat. The goat has the blessing from the Tai Sui. Therefore, the goats will be well recognised or well looked after from their boss.

The Goat has a (紫微) Ziwei star in his palace. It means the goat will be gaining some power or fame too.

1955 born goat, they may have some new projects opportunities.

1967, 1991 born goat have a good year ahead if they are working in finance and logistics industry.

Be sure to budget well for the year of the rat. There is big spending coming in the Year of the Ox.

The Relationship between the Monkey and the Tai Sui is half combine. Combination brings new projects, new joint venture, new relationship, new love or marriage.

A star named (祿勳) “LuXun”, meaning receiving an award or winning a competition is coming to the Monkey’s palace in the year of the Rat.

(指背) “Zhi Bei” means to be aware your own language and action, otherwise, people will gossip and point to your back.

The Dogs has good wealth in Rat year. 1970, dog and born in May, June, July will have even better wealth.

However for all the Dogs, they also have the “寡宿” “Gua Su”star. “Gua Su” means sleep alone. This can be for you or your better half to work more time interstates or overseas.

Make sure you manage your relationship with care.

The impact from the year of Pig, such as health issues, love agony and relationship problems will slowly stabilize from now to your birthday.

For 1983 born female Pig, to be promoted at work or to be a mother, it is a big choice in the year of the Rat.

There is chance to further study either for work or personal interests.

The 1959 born Pig, they will have great achievement and rewarded after some effort input in 2019.