During the mid-60s to mid-70s in the last century, in China the Culture Revolution destroyed a lot of traditional Chinese cultures. One of the slogans those Red Guards shouted for Culture Revolution was “Destroy Four Oldies, set up four newbies.” That means destroy old ideas, old culture, old customs and old habits, then set new ideas, new culture, new customs and new habits.

To give you an idea how much of these oldies were destroyed. In 1958, the heritage department had first recorded in Beijing alone there were 6843 cultural or historical relic places. However there were 4922 places were destroyed during August, September in 1966. 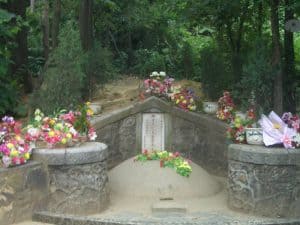 In my opinion, one of the main oldies Chairman Mao wanted to destroy was Traditional Chinese Feng Shui. Chairman Mao banned Feng Shui, however, Chairman Mao himself was very much benefited from his grandfather’s Feng Shui “Dragon Den”.

With Chairman Mao's own experience, he deeply understood that traditional Chinese Feng Shui is able to make someone become wealthy, powerful or even become an emperor. Chairman Mao was worried about if someone applied Feng Shui and produced a potential emperor to take his throne.

IMHO, this was why Chairman Mao banned Feng Shui.