The Enhancing Cycle and the Controlling Cycle. 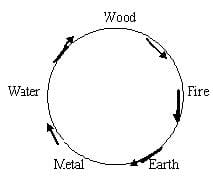 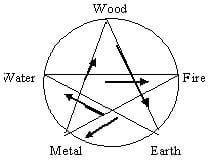 There are only 2 Wu Xing cycles. But if we stand on any one of the Elements. There are five kinds of relationships with the other elements, including itself.

The 10 Gods (Ten-gods) are the keys to open the lock or decode the Heavenly Stems and Earthly Branches in Chinese Astrology Four Pilllars of Destiny.