A solar term is one of the 24 points in traditional East Asian lunisolar calendars that matches a particular astronomical event or signifies some natural phenomenon. The points are spaced 15° apart along the ecliptic and are used by lunisolar calendars to stay synchronized with the seasons. Solar terms originated in China, and then spread to Korea, Vietnam, and Japan. 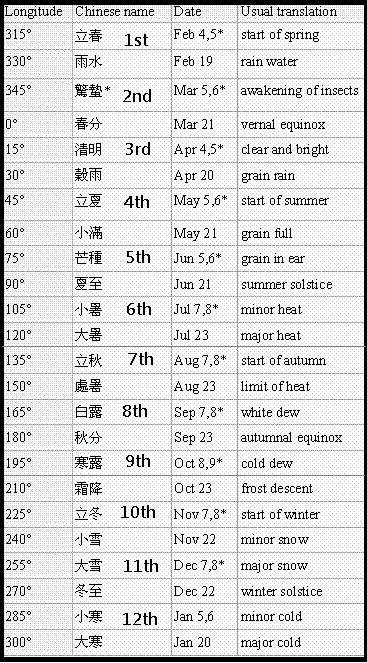 So in Chinese Astrology Bazi Four Pillars of Destiny, solar terms, "Jit" is used as the cut off point for the year and month. For example, the first Jit, Start of Spring, is the starting point of the year. It is also the starting of the first Chinese month. The Start of Spring is normally falls on the 4/5th of February.

The correct year, month, day and birth hour is very important in constructing a Bazi Four Pillars of destiny chart.