After more than ten years in the Feng Shui industry, I have found an interesting Feng Shui phenomenon here compare with Asia. That is the gender of the Feng Shui Consultants Melbourne, Australia and in the western countries.

In Asia or in China, Feng Shui consultants or masters are mostly male. 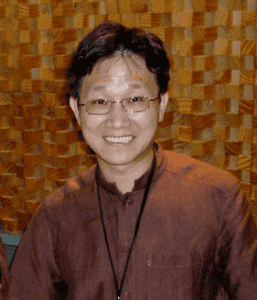 In Australia or other western countries Feng Shui consultants or masters are mostly female.

The majority Feng Shui masters in Aisa or in China are male. There are a few reasons behind. Firstly it is due to the traditional patriarchal society in China, the feng shui techniques pass to the sons not to the daughters. “傳男不傳女”.

(There are more reasons why Feng Shui techniques pass to sons not daughters. I’ll better not to say it here. Because it will be unfair to a lot of Feng Shui Consultants or Masters.)

Secondly, the traditional Feng Shui in the good old days was mainly applied to Yin Feng Shui. In Yin Feng Shui, during the burying procedures, sometimes a Feng Shui Master has to ride the coffin into the dragon den to get the exact facing.

Female is Yin, Yin Feng Shui is Yin. Yin + Yin are too much Yin. This will bring huge negative effect to the Female Feng Shui Masters.

If you look back the Feng Shui histroy, there was none Female Feng Shui master in China.