Most of the Chinese Astrology Consultants or Feng Shui Masters nowadays just using the Start of Spring (立春日) day and time plus the year and month in Lunar Calendar to construct a Four Pillars chart to predict events for the coming year.

In my opinion, using the Start of Spring day and time to predict for the coming year is wrong. The Four Pillar chart is related to personal luck. Yearly prediction should use the Jia zi (甲子) cycles (Sexagenary cycle) and look at three different levels. They are

First of all, don’t worry; 2012 year of the Dragon, It is not the doomsday or the end of world.
However, there will be more natural disasters in relation to earthquakes, and water incidents such as flooding, tsunamis, sea level changes.

According to calculation, the year of the Snake 2013 will be even worse in term of natural disasters. This article is predicting 2012 year of the dragon. So now let’s just concentrate on the year of the Water Dragon (Ren Chen 壬辰).

For animal sings, always remember that the cut-off point is NOT on the Chinese New Year’s day. It is on the “Start of Spring” (立春) and it normally falls on the 4th or 5th February each year.

The Heaven Luck for the world events, the effect starts kicking in when the Earth is approaching the Winter Solstice in 21st or 22nd December each year.

It is Water on Earth.

According to the cycle of birth and destruction earth is the destroyer of water and so they are on the destructive cycle and have conflict relationship.

壬 is Yang Water. It symbolizes Oceans, Rivers, heavy rain and large body of water.
辰 is Earth. It is dam, mountains, high land, stone, and landscape.
辰 is also called the water storage. It is also known as reservoirs.

In the Yin Yang theory, Yin is slow, passive and Yang is active, fast. 2012 is a Yang year, so things are happening very fast and quick.
Now we put the above signs together to form a picture. We get the follow. 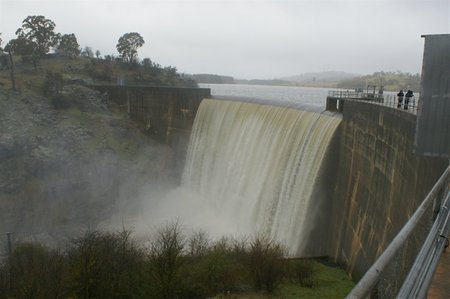 Major man made dams around the world, may have a few incidents due to flooding.

Water incidents like flooding, tsunamis, avalanches will be on the news a lot.

The hidden water element inside the Dragon will be sucked out to the surface due to the Yang Water. It gives us a picture of water or liquid coming out from the ground. The Earth/ground must make way for the water or liquid. As a result, there will be series of earthquakes or volcanoes eruption in the Dog’s month (8th October to 7th November) or Monkey month (7th August – 7th September) or Rat month (7th December – 5th January 2013).

In 1972 the Yang water Rat again had similar energy level of 2012, in April and December 1972, there were earthquakes in Nicaragua and in the Iranian province of Fars killed thousands of people.

60 years ago in 1952, the last Yang Water Dragon year, there were flood in England and the West Ice accident in Greenland. 78 seal hunters on 5 Norwegian seal hunting vessels perish without a trace.

If you are aware what is happening in the top North West of Australian Sea, flooding in Philippines recently, as we approaching to Winter Solstice, you can see the Yang Water power is starting to take effect.

The conflict relationship between the Stem and Branch is that the bottom level opposes the upper level. There will be more rebellions from the bottom level. The opposition party will be elected into government in a lot of countries.

The year of the Dragon, the growth is suppressed. Be very careful in January 2012, April 2012, July 2012, October 2012 if you are on the share market. Avoid investment in transportation, aviation, shipping, logistic and so on…

The Dragon, according to the classical text, it can live in the water, land and in the air. The dragon is more than an amphibian. With such characteristics, it is dynamic, quick and changes. 2012 is a year of changes in Religions, Conceptions, Philosophy, innovations and Values. There will be a lot of news in relation to policies changes, new policies, rules and regulations, laws.

News in relation to high profile religion figures will be reported more. Religions conflicts get worsen and more news comes from religions sector.

2012 year of the dragon, the birth rate will be higher. So products market to new parents, babies have good opportunity to sell more.

Heavenly Stem and Earthly Branch combine and they produce WATER element for 2012 and 2013. It has a special name called “Long Flow Water”. This means that water flows persistently in 2012, 2013. In addition, 2012 year of the Dragon is 10 dragons producing water. Each year the more the dragons (maximum up to 12) produce water, the more rainfall it produces for the year.

In 2012 the annual star number 6 is in the centre palace. Annual star number 6 is metal. It represents metal element, breathing organ, the brain, the father, heaven, the large intestine and the law. This centre number often reflects the world events dominant in the year. So it may be issue as flu and virus (bird flu) affecting the brain and breathing organs. Number 6 is also the law, the government, the power, the father figure, especially in term of religious. The power of the above people will be challenged.

Design Your Own Home