In this part, it is Man Luck. Man luck which means you and me, him and her every individual and their luck in 2012 the year of dragon will be forecast-ed.

Furthermore, the animal signs astrology does not start on the Chinese New Year day. It starts at the individual’s birthday.

For more reliable assessment, it is recommended that to check the Four Pillars of Destiny fully with a reputable Chinese Astrology consultant.

Based on the yearly heavenly stem and earthly branch, some animal signs are more sensitive than the others. The most sensitive animal signs affecting by the Grand Duke or Tai Sui (太歲) in 2012 the year of the Dragon are the animal sings Dragon itself,  the Dog, the Ox and the Goat.

The Heavenly Stem of 2012 is Yang Water Ren (壬). The Earthly Branch underneath is Yang Earth Chen (辰) and its animal sign is Dragon.

Yang Water on Yang Earth is in conflict. The Earth is underneath which is controlling the Water. So the Earth element has bigger effect.

In health issue, Earth element could be digestive system, food poisoning, skin and muscle problems. If there were more clashes and penalty in the Four Pillars natal chart, it may be skin cancer.

The Chen (辰Dragon) is part of the Xun Gwa (巽卦) and it is soft Wood element. It is related to the soft wood system in our body including, hair, the liver, the gall bladder, arms, legs and back.

So for animal signs Dragon, Dog, Ox and Goat, firstly, must eat healthily. The skin and muscle are directly link to the digestive system. Eat more fruit, vegetables and drink more water will help the digestive system to clear out some unwanted residues from the body. As the result it will make you healthier.

If female Dragon, Dog, Ox and Goat (age 18 – 45) give birth in the year of Dragon, it will reduce a lot of bad energy and troublesome.

Donation of blood or having a blood test done in April and October will help reduce bad energy too.

Be nice to your parents, father or mother-in-law or other elderly, even telephone them more often will bring you better luck.

DO NOT argue or debate with others in term of ideas, systems and religious. Be more flexible and open minded to yourself and others.

The following is a guide for each animal and their luck in 2012 the year of the Dragon.

This is a guide only. For more detail reading, please seek assistance from professional Chinese Astrology consultant.

For animal sign Dragon in 2012 the year of Dragon, other than the above mentioned issues, Dragon will have a busy schedule, big pressure from every direction, especially from their boss. Dragons born in 1976, 1928 and 1988, because the heavenly stem clash with 2012’s heavenly stem. They will be the busiest Dragons in 2012.

Health issues: Refer to the above for the four most sensitive animal signs.

Make sure budgeting your expense and save up for 2012.

Keep calm and carry on in 2012 year of the Dragon…

Animal sign Dogs are clashing with Dragon, especially for those born in 1946, 1958. Clash means easily confrontation with others due to too stubborn on something (theories, ideals, and systems, religious). Beware of lawsuit and relationship issue. There will be changes for the Dogs, such as career change, job change, position shuffle internally, school change, moving house or traveling.

There is the “Da Ho” (大耗) star for the Dog. Da Ho means “Big spending” which is located in the Dog’s life house this year. So use your money wisely and carefully. It is wise to buy something which will become more valuable in the future. Avoid high risk investments in 2012 the year of Dragon.

Beware of contract terms, paperwork if contract need to be signed.

For Dogs born in 1994, be very carefully when driving after obtain the driving license. As clashing with the year of the Dragon easily causes traffic accident especially for people who have dark and broken left eye-brow.

If Dogs have planned overseas traveling, it is advice that to avoid going to the South East direction. The South East direction is the Grand Duke (Dragon) direction which will increase the level of the clash. Make sure all paperwork is valid and up to date.  Don’t argue with the local authority while you are travelling.

Blood Donation is encouraged and is one of the best ways to reduce bad luck and on the hand attract good luck in 2012 by saving life.

If blood donation scares you, try to do a blood test or visit a dentist in April or October in 2012.

Health issues: Refer to the above for the four most sensitive animal signs.

Wealth: Hard to avoid big spending; purchase something will be valuable in the future. 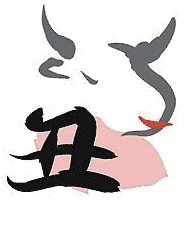 Ms Julie Gillard was born in 1961, the year of the ox and in the rooster month. It will be a tough year for her until September. It will be some changes in March, April 2012 for her.

In the Year of the Dragon, Ox must be more flexible and do not be too stubborn, otherwise Ox is easily isolated.

Ox and the Dragon are in penalty relationship. Beware of smear or slander and implicated by others.

Health: Refer to the above for the four most sensitive animal signs

Beware of lawsuit or argument with your business partners. Be more flexible to yourself and others.  Avoid too rigid and persist on your own ideals.

Be very careful, Goat will make a lot of silly mistakes at work. So make sure plenty of rest and at least 7 hours sleep each night.

For working class, if you have a female supervisor or boss, your work will be appreciated and you will be easily getting a promotion provided that no paperwork issues.

Health: Refer to the above for the four most sensitive animal signs 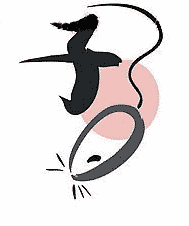 2011 the rats experienced relationship issue because there were three romantic stars in the Rat’s palace.

The rats in 2012 the year of Dragon, since there is combining with the Dragon, there will be more opportunities getting into partnership in business or working in a team.

Keep yourself in low key position to prevent getting yourself into troubles.

There is a “White Tiger” 白虎 star in 2012 the year of the Dragon for the Rat. There will be minor medical operation or caesarean section for female if giving birth. 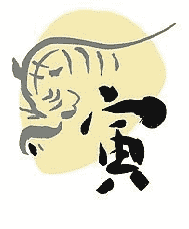 The travelling star (驛馬) is in the Tiger’s palace which means Tigers in 2012 the year of the Dragon has a lot more opportunities to travel. It is related to a new job or internal reshuffle.

Tigers will feel dull and the emotion is low in 2012. Avoid go to funerals or hospitals.

Be a volunteer in local library or go the library more often will cheer the Tiger up since there is the study (Wenchang 文昌) star in their palace.

Health issue: Arms, liver and back. 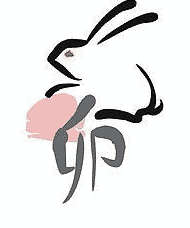 Your gossips and troubles including health issues, love and relationship around you will be fading away slowly and completely gone by your birthday month in 2012 year of the Dragon.

Animal sign Rabbit, in 2012 year of the dragon, there are 2 bad stars, sickness and six harms (病符, 六害) in the palace which will bring some health issue such as flu or tiredness and fatigue.

Luckily, Rabbit has got the Nobleman star (天乙貴人) in 2012 the year of the Dragon which helps reduce some bad energy and bring in help.

Avoid crowded and polluted places.  Do not abuse your power. 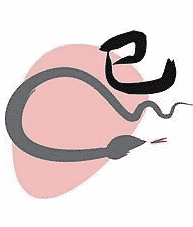 Your rush and travelling won’t subside until your birth month.

There will be twists and turns in work in 2012 the year of Dragon. The Snakes do not feel energetic. Snakes feel alone.

In additional to the Nobleman star (天乙貴人) in 2012 the year of the Dragon which helps reduce some bad energy and bring in help, the Snake also got the “Sun” shines on them that means there is a male boss or supervisor will look after you, especially for snake born in 1977.

Wealth: budget well and prepare for 2013. 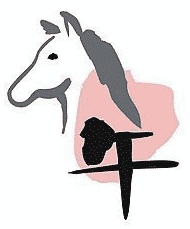 In 2012 Year of the Dragon, the Horses have got the “Song Moon” (喪門) and “Blood Dagger” (血刃). These two stars are in relation to someone in the family may get sick or may pass away. “Blood Dagger” is relation to cuts and wounds. If you are a chef, be very careful managing your knives.

An elderly person in the family may have some health problems.

On the other hand, the Horses have got the “Heaven Dispel” (天解) star in 2012 year of the Dragon. It helps dispel some depression or sadness.

Wealth: Average except for horses born in 1966. They are a bit worse off.

If you were born in the November, December of the Monkey year, the travelling schedule should be diminished by now.

Monkey combines with the Dragon, in 2012, there are more partnership, join venture opportunities or working in a team. Keep yourself in low profile; otherwise you will attract a lot jealous. Beware of making mistakes while you are too busy.

The lucky star “San Tai”, 三台, will bring you fame and money.

Rooster combines with the Dragon, in 2012 year of the dragon, like the Rat and Monkey, there are more opportunities turn up for the Rooster. Unlike in 2011 the year of the Rabbit, busy schedule but no rewarding.

In the year of Dragon, Rooster still needs to manage relationship wisely as there are 2 romance stars in palace.

For single rooster, the romance stars bring in more chance for the rooster to meet someone.

Romance stars in the palace, having a good chance to tie the knot.

Wealth: Will recover after the big spending in 2011 the year of the Rabbit. 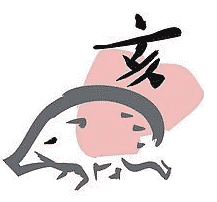 The Pig, this year there is no combination with Dragon. This means it is an average year for the Pig.

The Pig will have some kind of inspirations in the year of the Dragon.

Don’t be too arrogant, then things will be more smooth for the Pig.

Don’t be a guarantor to someone.

Wealth:  Budget well and prepare to spend in 2013.

This article is Copyrighted and Intellectual property of Edgar (Lok Tin) Yung and LokTinFengShui.com If you want to use any article in your web site; you are free to do so, however please state in your site that the article comes from my site www.loktinfengshui.com