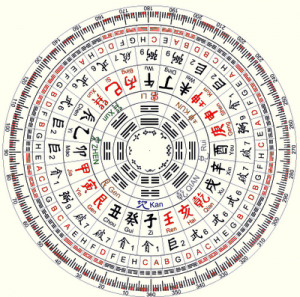 Feng Shui story – Feng Shui court case. I would like to start by asking female readers a Feng Shui question.

Well it is not so much a Feng Shui question. It is just happen to be about this Feng Shui story.

The question is: “Lady, Who are you more closer to – your father or your husband?”

This is the exact question a magistrate asked a lady in this Feng Shui story – Feng Shui court case more than two hundred years ago.

The story happened in 1770s in XinXing near Guangzhou city. This story was told by one of Feng Shui Masters I know.

There was a Feng Shui Master in XinXing. He found an excellent Feng Shui Dragon Den. He went home and told his son about his discovery. He said that if their ancestor’s bones were buried there, the offspring would become wealth and get into powerful position in government. The Master also said that he had put a mark on the correct spot.

The conversation was overheard by the Master’s daughter she came to visit. The daughter pretended she had a tummy ache and went home to tell her husband all about the Dragon Den.

They ended up see each other in Court. This Feng Shui story was the Father vs. daughter for a Dragon Den. The magistrate was not sure what to do initially. He ended up asked the daughter this question: ‘Lady, Who are you more closer to – your father or your husband?’ thinking of using family ties to resolve the conflict.

Immediately, the magistrate ordered the Dragon Den belongs to the daughter.