Yearly prediction should use the Jia zi (甲子) cycle (Sexagenary cycle) and look at three different levels using the elements of the Heavenly Stem and Earthly branch of the year.

No exception for the year of the Fire Monkey, I write an article for each of the above topics.

Hopefully, it can be useful information for you to make reference to for the year of the Fire Monkey 2016.

I wish you all the best and good luck for the year of the Fire Monkey 2016.

The energy of Heaven Luck kicks in when the Earth is passing the Winter Solstice, normally on the 21st or 22nd in December each year calculating from North hemisphere point of view. Let’s look at the characteristics of the Heavenly Stem (HS) and Earthly Branches (EB) in 2016 – The Year of the Fire Monkey.

The EB underneath is Shen (申). It is Metal element and it is represented by the animal sign Monkey.

The way of arranging the HS & EB is top down. (Yang Fire on Metal or the Monkey. That is why it is called the Year of the Fire Monkey)

The Melodic element is Fire.

The HS is the top level. The EB is the bottom level.

In Feng Shui, the annual Purple White flying star, the Number 2 flies to the centre. It is the Kun Gua.

Yang Fire represents: Fire in the Sky, the Sun, the lightening, on earth, it is Smelter, in human body: it is the heart, the eyes, the small intestine and the shoulders. It colour is red, pink and purple. 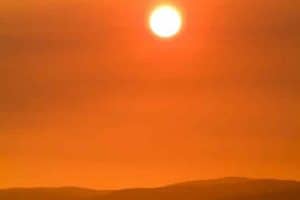 Monkey Metal Shen is: Metal objects, in human body, it is Large intestine, lung, bones, skin and respiratory system. Its colour is silver, gold and white. 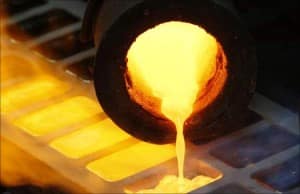 With such combinations, we can see these issues in the year of the Fire Monkey 2016:

1. Overall, in the year of the Fire Monkey, the top level bullies the bottom level. (Fire controls Metal)

2. There will be more Fire related incidents in the year of the Fire Monkey. These incidents are bush fire, bombing, lightning, power failures, explosion, electrical accidents or burning down of a very prominent place or building. It looks like fire on a tall metal object, building or tower.

4. Kun Gua is Earth and it relates to property. Property price will be shaken. (However, we are in Melbourne. As now it is in good Feng Shui period.) Please read another article Feng Shui of Melbourne.

5. Kun Gua is the mother Gua, so female will have more power or more women will be in power. (Aung San Suu Kyi, Hillary Clinton,)

7. In human body, Yang Fire element controls Metal element. We see issue with lung and respiratory system. It could be an outbreak of a pandemic disease from the south west, India or central Africa.

8. In element, the Yang Fire element controls Metal element. It shows that metal objects are burning or explosion. So, sea, land and air transportation may have more accidents.

9. Yang Fire also represents shoulders. Shoulders and Metal show a picture of weight lifting exercise. So, be careful while you are working out. In general we see more shoulder injuries or complain of frozen shoulders from the mothers (Kun Gua).

10. The monkey is the travelling star to the Tiger, Horse and Dog. Monkey and Tiger area clashes animals. This clash called road clash. So therefore, there will be more traffic incidents related to the air, sea and road.

11. Natural disasters bring thunderstorms, Fire in the Sky in the year of the Fire Monkey.

12. The flying star number 2 flies into the centre of the 9 palace in the year of the Fire Monkey, 2016. The number 2 annual star symbolizes sickness and health issue. Take care your health in year of the Monkey is your priority.

Be very careful in these months February, May, August, November in 2016 if you are speculating on the share market.

THE BENEFIT FROM THE YANG FIRE

The benefit of Yang fire is the entertainment and broadcasting industries. In 1956, several TV stations started boarding. 2016, sixty years later, there will be more Internet streaming services.

“丙申丁酉山下火” The Heavenly Stem and Earthly Branch combination produces a melodic element. The melodic element for 2016 is called “Hill side Fire”.
Again, from melodic element point of view, it shows 2016 will have more fire incidents. And it will be severe bush fire or around hill side areas.

Year of the Monkey 2016, the annual Feng Shui flying star number 2 will be located in the centre palace. The number 2 is Earth element (Kun Gua). It shows female power up rising. It shows there may be an outbreak of a pandemic. It shows that property price will be shaken. It shows that digestive issue to children as the current Feng Shui period 8 and Gen Gua is youngest son.

Weather Rainfall in 2016 year of the Monkey