Most Chinese Astrology Consultants or Feng Shui Masters nowadays just use the ‘Start of Spring (立春日)’ day and time plus the year and month in Lunar Calendar to construct a Four Pillars chart to predict events for the coming year.

In my opinion, using the ‘Start of Spring day’ and time to predict for the coming year is wrong. The Four Pillar chart is to predict personal luck. It does not predict Heaven Luck or world issues. Yearly prediction should use the Jia zi (甲子) cycles (Sexagenary cycle) and look at three different levels using the elements of heavenly Stem and earthly branch of the year. The three levels are:

1. The Heaven Luck (predicts major issues of the world and weather).
2. The Earth Luck (Arranges home and office using Feng Shui.).
3. The Man Luck (predicts individual luck in the year of snake).

There will be articles for each topic. Here is the Heaven luck.

Year of the Snake 2013 The Heaven Luck

Heaven Luck is to predict major world events and weather in the following year. The energy kicks in when the Earth is passing the Winter Solstice, normally on the 21st or 22nd in December each year.

In 2012 year of the Dragon predictions, I mentioned: “According to calculation, the year of the Snake 2013 will be even worse in term of natural disasters.”

So let see what may happen.

The Earthly Branch underneath is Fire Si (巳) and its animal sign is Snake. The hidden elements are Earth and Metal.

Yin Water sits on Fire is in conflict. The Fire element underneath is controlled by the Water. So the Fire element is weakening. This means the bottom level will be suppressed by the top levels.

Regardless public or private organizations, the top levels will suppress the bottom levels, especially in the second half of the year in 2013.

With the elements of the stem and branch combine, we get these pictures. 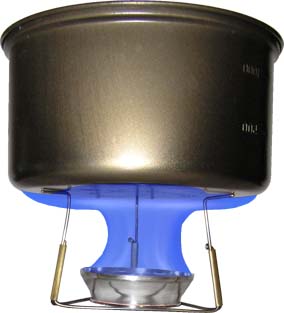 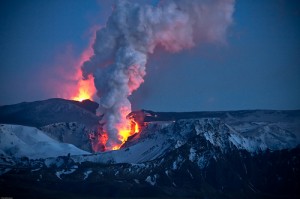 There are a few things we can predict from these pictures.

This is the Chinese character of Si 巳. Its animal sign is snake. Snake is a long animal.

Snake symbolizes a train. So we may see more accidents in relation to trains, such derailing or train crash, railway problems.
There are 177 at-grade rail road level crossings within Melbourne’s metropolitan rail network. There may be more incidents related to railways crossing in the year of Snake.

June 4, 1989 year of the Snake – Ufa train disaster, Soviet Union: 575 people are killed and over 600 wounded when two trains pass near a leaking natural gas line which explodes. (fire)

Snake symbolizes Roller coaster. There are incidents related to roller coaster from theme parks located in Europe or in South America.
In health issue, Fire element could be circulation system, small intestines, and eyes including iris and cornea, and hearts problems. We will see more such incidents happen during the year of the snake. For your own health benefit, I suggest you take health supplements such as Omega 3 fish oil, vitamin C, E to reduce cholesterol and prevent blockage of the arteries.

Snake is a symbol generally used by the medical research fields. So there will be discovery of new drugs or inventions in cure of heart disease or blood circulation system issues.

Snake is the birth place of Metal.

Metal is one of the hidden elements stores inside the Snake. It will be pulled out in the rooster month (September 2013). The metal industries will become active again. Metal industries include mining (gold, silver, iron ore, copper), banking, and finance. Such commodities price will go up.

Metal is also weapons. Metal hidden in the Snake (fire) is related to nuclear explosion, nuclear disasters or nuclear testing. It is most likely to be happened in the Rooster and Dog (September October) month in 2013. There were 2 tests done in October, 1953 Year of the Snake at Emu Field South Australia.

The Joy is suppressed, be kind!

The year of the Snake 2013, Yin water sits on Fire. In Five Element theory Fire represents joy and courtesy. Water is Fear.

The Water on top suppresses the fire below (Joy and Courtesy), so people will be easily impatient and rude. There will be lots of rebels or protests all over the world. Protesters may use fire, fuel bombs, setting fire, setting explosive…

The bridge element for the year of the Snake is Wood. As Water feed wood and wood feed Fire. Wood can reduce the conflict between Water and Fire. The wood represents kindness in Five element. So the top levels must be kind to their subordinates. Leaders must implement kind policy for their citizens.

Be very careful in May, August and November 2013 if you are speculating on the share market. Transportation, aviation, logistic, shipping, retail stocks will not be doing well in 2013.

“壬辰癸巳长流水”this means the Heavenly Stem and Earthly Branch combine and they produce WATER element for 2012 and 2013. It has a special name called “Long Flow Water”. This means that water flows persistently in 2012, 2013.
Again there are water problems.

So, incidents related to water, logistics, transportation, flooding, tsunamis, avalanches will be still on the news a lot in the year of the Snake.

In addition, 2013 year of the Snake, same as the year of the Dragon, it has 10 dragons producing water. Each year the more the dragons (maximum up to 12) produce water, the more rainfall it produces for the year.

In 2013 year of the snake, the annual Feng Shui flying star number 5 (5 Yellow) is located in the centre palace.
Annual star 5 Yellow is Earth element. It represents misfortune and obstacles. Earth is the digestive system. There will be more cases of gastro / food poisoning problem.

When you are travelling, make sure you eat fresh and hygienic food, especially if you were born in the year of the Pig.