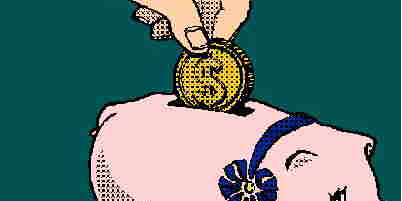 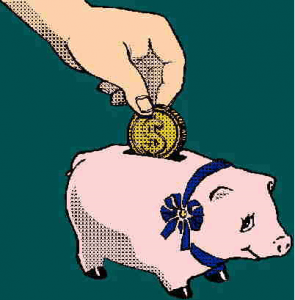 There are twelve animal signs or 12 Chinese zodiac signs in Chinese Astrology. Each of us is born with an animal sign. The birth year is the animal sign.

The correct animal sign calculation method is that the new animal sign of each year starts at the time of Lichun (立春) – the “Start of Spring”. It normally falls on the western calendar on the 3rd, 4th or 5th February each year.

A FULL Chinese Astrology reading examines NOT only the year of birth (the Animal Sign) but also includes the birth month, the birth day and the birth hour together.

In this article, the Man Luck animal sign luck predictions, it is difficult to completely and fully predict one’s destiny at a very details level. It is because such animal sign astrology prediction only examine the year of the pig interacts with one’s birth year – the animal sign.

For more reliable assessment in all aspects of your life in year of the Yin Earth Pig 2019, I recommend you have your Chinese Astrology chart read by a professional Chinese Astrologer.

2019 year of the Pig, the Heavenly Stem and Earthly Branch composition, it impacts the animal signs Snake, Pig, Tiger, and monkey more than the other signs.

The Earthly Branch underneath is water (Hai 亥) Animal sign is Pig with hidden element Yang Wood Jia (甲) inside.

In the Heaven Luck article you can read more about the elements of the year of the Pig. And why you need to save money in the year of Pig.

The Tai Sui suppresses these people in 2019

People with the above birth years, should you attending funerals, you must turn your head away during the coffin covering moment.

Donation of blood or having a blood test done in May or November will help reduce bad energy too.

Be nice to your parents, the in-laws or other elderly, even telephone them more often will bring you better luck in the year of Yin Earth Pig.

Here is a guide for each animal sign and their luck in 2019 – year of the Pig.

It is a busy and pressure year. It is gossip and a moody year for the Pig.

The boss or the superior will watch closely at you if you were born in 1983 Yin Water Pig year and 1995 Yin Wood Pig year.

1983 born water Pig, if you are a self-employ owner, Year of the pig brings you more work. You must make sure you have enough rest for yourself and for the job. It is because the Pig-Pig (亥亥) self-punishment will affect health and decision making.

In the share market, for all pig signs, when there is profit, then you should stop and hold on to the profit. Don’t be too greedy as 2019 the year of Pig its elements composition is very similar to the year of the Earth Rat in 2008. You need to pay more attention not to repeat the same mistake in the year of the Pig 2019.

There may be minor injury or operation in May.

Pig is one of the Travelling Horse Stars (驛馬星), it brings travelling opportunity in May and November for the animal sign Pig in 2019.

The Snake clashes with the year of the Pig.

So beware of lawsuit but it is good for snake year born lawyers.

Changes is coming for the Snake, like career change, position shuffle, school change, moving house or long period of traveling.

Use your money wisely and carefully. As there is “Da Ho” or “Big spending” Star in the Pig year for the snakes.

It is wise to buy something which can become more valuable in few years’ time.

It is good to spend on renovation for your home or office.

For Snakes born in 2001, be very carefully when driving after obtain your driving license. As the Snake, it clashes with the year of the Pig. Clashes easily cause traffic accidents, especially for people who have dark and broken left eye-brow. It looks like this one.

Pig is Water element. It clashes with the Snake (Fire Element) brings eye issue, teeth, heart and colon problem for the Snakes.

Make sure you have plenty of rest, exercises and meditations.

Blood tests in mid-May and visit your dentist in mid-November 2019.

There are two types of relationship between the Tiger and the Pig.

Combinations means there are opportunities to work with a new partner. And if terms and conditions are not well defined prior to start, it may leads to some kind of argument or frictions (punishment)

Easily break traffic rules and get penalty and fine.

Some people will envy your achievement. Beware of smear or slander and implicated by others. Stay away from troubles. Remember: “The shot hits the bird that pokes its head out”.

Lucky stars “Tai Yin” and the “Nation Seal” are at the Tiger’s Palace,

The “Tai Yin” means you get help from your female boss or a female person.

The “Nation Seal” means you can get some authority in the year of the Pig.

The relationship between the Monkey and Pig is punishment or penalty.

The Monkey will be easily punished by their superiors or by the Law. Be very careful on what to say in public especially in May 2019.

Easily break the rules, like traffic rules, speeding and get fine. Monkey with birth months in February or May need extra caution.

1980 year of the Metal monkey has opportunity of going back to school for further study.

There are two lucky stars and the nobleman in the Monkey’s palace in the year of the Pig. They help the monkey get through the year smoothly.

A lucky star called “Tai Yang” in the Rat’s palace. It means a high level and powerful male person will look after you.

It is better to focus at your work to get the desirable career.

There are two romance stars come to the Rat’s palace. It is very good news for the single men (1984) and single women (1972). On the other hand, they romance stars are not good for happily married Rat. The romance stars may bring agony to their relationship.

The nobleman or guardian angel is for the Rat in the year of the Pig.

There will be some gossip around you. Beware of some kind of legal issue.

You may need to travel to attend a funeral.

An elderly person of the family has health problem.

There are good opportunities to start a new business in partnership.

There is an opportunity for 1987 born rabbits to have a love partner if they are single. If they are in love, they will be getting married in the year of the Pig.

Someone from higher level comes to help and support the rabbit because the rabbit has a Lucky Star called “San Tai” or “Three Towers”.

All in all, in the year of the Pig, the rabbits have the support and blessing from the Tai Sui. Many good things will happen to them. Rabbit born in July has formed a triple harmony combination with year of the pig. It is harmony for the Rabbit.

The bad gossips, clashes, troubles and health issues are fading away slowly and will be completely varnish from their birth month onward in 2019.

There is still some minor spending come up for the Dragons in the year of the pig.

It is good to have a budget plan for the year of the Pig.

Wealth: Good. Better if work in the tourism industry.

For married animal sign Horses, behave and discipline yourself in the year of the Pig.

Pig, Rabbit and Goat form a triple harmony combinations. The Goat combines with the Pig. It creates a very similar energy to the Animal sign rabbit.

In the year of the Pig, for the Goats can make profit in a new business partnership venture.

There is an opportunity for 1991 born Goats to have a love partner if they are single. If they are in love, they will be getting married in the year of the Pig.

There is a star named “華蓋”(Huágài) comes the Goats palace. “華蓋”(Huágài) is a star will bring you to experience religious study, Feng Shui or astrology study, anything meta-physics.

“華蓋”(Huágài) can make the Goats feel lonely in the year of the Pig too.

There is a hidden travelling star for the Goats. In March or July there may be a short trip for them.

All in all, in the year of the Pig, the Goats have the support and blessing from the Tai Sui. Many good things will happen to them. Goats born in March have formed a triple harmony combination with year of the pig. It is harmony and positive energy for the Goats.

The Rooster and the Pig has neither combine nor clashes. They have no special relationship. The Rooster is not affected by the Pig. It is a smooth year for the Roosters.

The Roosters may need to spend some money with their study as the Academic star has come to the Rooster’s palace.

There is a bad star called “囚獄” Qiú yù. It means “lock up in prison”.  It implies that you need to handle legal matters seriously and do not make silly mistakes.

Major health issues, love agony and relationship problems will slowly stabilize from now to your birthday.

The Star “Heaven Happiness” brings many happy events for the Dog in the year of the Pig. But there is also a “Sickness” star in the Dog’s palace.

Make sure looking after your diets; avoid icy cold and chili hot food.

Be happy and laugh more often.