Yin Fire Rooster 2017, Yearly prediction should use the Jia zi (甲子) cycle or sexagenary cycle, also known as the Stems-and-Branches, is a cycle of sixty terms used for reckoning time. Predictions should look at three different levels using the elements of the Heavenly Stem and Earthly branch of the year.

I have been writing an article for each of the above topics since 2009.

Hopefully, it can be useful information for you to make reference to for the year of the Yin Fire Rooster 2017.

I wish you all the best. I will you all have an excellent year in the year of the Yin Fire Rooster 2017.

HEAVEN LUCK IN THE YEAR OF THE YIN FIRE ROOSTER 2017

The Qi or energy of Heaven Luck kicks in when the Earth goes passing the Winter Solstice (From North Hemisphere point of view), normally on the 21st or 22nd in December each year. Sometimes, we can see incidents start showing up two weeks before the Winter Solstice.

Let’s look at the characteristics of the Heavenly Stem (HS) and Earthly Branches (EB) in the Year of the Yin Fire Rooster 2017.

The Heavenly Stem for Yin Fire Rooster 2017 is (丁).
The Earthly Branch is You (酉). It is Metal element and it is represented by the animal sign Rooster.

The Earthly Branch You (酉) has no hidden element. Its element is purely metal.

The traditional way of arranging the HS & EB is from the top down. (Yin Fire sits on Metal or on the Rooster. That is why it is called the Year of the Yin Fire Rooster 2017)

The Melodic element is Fire. (Hill Side Fire 山下火)

In Feng Shui, the annual Purple White Flying Star, the Number 1 flies to the centre. It is the Kan Gua. Kan is water. It represents name, fame, intelligence and water.

Here are the images showing the year of the Yin Fire Rooster. 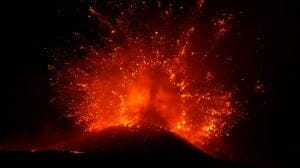 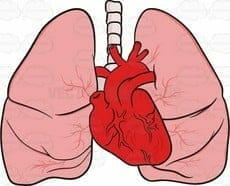 With the above information and combinations, we can see these issues in the year of the Yin Fire Rooster 2017:

1. In the year of the Yin Fire Rooster 2017, the top level still bullies the bottom level.  (Fire controls Metal, the Rooster has no hidden elements, so the strength is stronger than 2016), It is still a conflict year.

2. The Rooster is the nobleman to the Ding Fire, so even though there are many conflicts in the year of the yin fire rooster, at the end, there is a powerful person or powerful organisation help resolves the problems.

3. There will be still Fire related incidents in the year of the Yin Fire Rooster causes by sparks. These incidents are such as bush fire, bombing, lightning, power failures, explosion, electrical accidents or burning down of a very prominent place, building or objects. It looks like fire on a metal object, building, tower and mid-air. It is most likely will be in the South direction of a capital city or in the South hemisphere. (Like in the Year of the fire Monkey 2016, the whole South Australia was blackout in September 2016)

4. The Rooster You 酉, is the one of the Peach Blossom animals, in the year of the Yin Fire Rooster, we will see a lot of sex scandals or love affairs. Young girls are easily in the centre of these issues. Young girls will be victimised.

5. Young girls are particularly easier having love agony and relationship issues. Don’t go out alone at late night. When return home, must have someone accompanied.

6. We may see more self-harm among teenage girls.

8. Yin Fire element controls Metal element. Metal is finance, banking, stock market, precious metals.  And this year the You 酉 has no hidden element. There is no buffet for the fire element. So the metal will be hurt very seriously. Beware in the March, June, September and December 2017.

9. In human body, Yin Fire element controls Metal element. We will still see issues with lung and respiratory system, hearts, eyes and blood circulation. (Hopefully, no thunder storm asthma attack again). Anyway, it is good to be well prepared. Please keep an inhaler in your first aid box or with you all time.

10.  The Yin Fire element controls Metal element. It shows that metal objects are burning or explosion. So, sea, land and air transportation may have more accidents.

11. Yin Fire Ding 丁, represents hearts, eyes, sparks. It gives a picture of welding sparks may cause fire, eyes and heart issues in the year of the Yin Fire Rooster.

12. The Metal Rooster You 酉can be seen as a bird. Bird flying in the sky looks like an aeroplane. Yin Fire sits on top of the aeroplane. So therefore, there will be more traffic incidents in the mid-air.  If travelling, you may want to avoid airlines with red logo, a bird or phoenix on their logos. It is also good to avoid airline names carry the word “East”.

13. The You 酉, may bring issue related to bird flu. Many birds, chickens, ducks, pigeons, eagles may be slaughtered – buried in Fire. (Asian Flu outbreaks in 1957, exactly 60 years ago)

14. Natural disasters bring thunderstorms, shooting stars or meteors, falling stars, Fire in the Sky, burning down forest and homes  in the year of the Yin Fire Rooster.

15. Earthquake and volcano eruption will be more frequent and stronger earthquake in the year of the yin fire Rooster. May 2017 is a bad month. Earthquakes may happen in these areas: Japan, New Zealand, Indonesia, west coast of USA and Western Europe.

16. The flying star number 1 flies into the centre palace of the 9 palace in the year of the Yin Fire Rooster, 2017. The number 1 annual star symbolizes name, fame, intelligence and water issues.

Be very careful in these months March, June, September, December in 2017 if you are speculating on the share market.

THE BENEFIT FROM THE YEAR OF THE YIN FIRE ROOSTER 2017

Yin Fire Ding the peach blossom You 酉can benefit businesses operate at night time, bars, night clubs and so on.

“丙申丁酉山下火” The Heavenly Stem and Earthly Branch combination produces a melodic element. The melodic element for 2016 and 2017 is called “Hill side Fire”.

Again, from melodic element point of view, it shows 2016, 2017 will have more fire incidents. And it will be severe bush fire burning around hill side areas.

Year of the Yin Fire Rooster 2017, the annual Feng Shui flying star number 1 will be located in the centre palace. The number 1 is water element (Kan Gua).

Now the Feng Shui cycle is in period 8. So the period star 8 (Earth element) is in the centre from 2004-2024. The annual star number 1 (water Element) flies to the centre in 2017 will weaken the earth element. So property price may have strong impact in the year of the Yin Fire Rooster. The impact area is at the centre of a city.

RAINFALL IN THE YEAR OF THE YIN FIRE ROOSTER 2017